PRECIA MOLEN, the industrial and commercial weighing leader, has registered cumulated sales of €95.4M in 2014, showing a 7.2% rise compared to 2013. This growth is driven by an industrial strategy based on three structuring leverages: external growth, generated by strategic acquisitions and international development, investment in R&D, within an ever-increasing innovation strategy, and the re-localisation of production. PRECIA MOLEN is today the only French weighing player to compete with international leaders. « Thanks to the macroeconomic context of the year 2015, that combines a drop in the euro and reflation plans, the company should experiment national and export business growth. The recent acquisition of Le Barbier companies will also represent a growth drive on the national market. » comments René Colombel, PRECIA MOLEN’s Chairman of the Board. 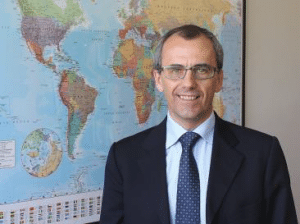 Producing in France, an audacious strategy PRECIA MOLEN is one of the rare weighing players to manufacture in France. We have chosen to maintain our production sites based in Privas and Veyras in the Ardèche region. These sites manufacture several thousands of weighing solutions per year, 35% being sold in France. The production of most weighing components (load cells, electronic boards, software, metal or concrete structures,…) is carried out in the Group’s sites or outsourced from French suppliers, so as to ensure optimal performance.     Sustained external growth Over the past year, PRECIA MOLEN has acquired three prominent weighing companies: – The family company Le Barbier Pesage, including Le Barbier SAS and its subsidiaries, an industrial and commercial weighing expert for over 50 years, based in the North-West of France and the Paris region. – Antignac S.A.S, industrial and commercial weighing specialist, based in the South-West of France. – Shering Weighing Ltd, based in Dunfermline, Scotland, that has asserted its expertise in weighbridge manufacturing. PRECIA MOLEN has thus acquired a competitive production unit in the United Kingdom. With these acquisitions, PRECIA MOLEN has reinforced its international network and presence to offer ever-increasingly efficient and reactive services.   From Privas to Sydney PRECIA MOLEN has a presence in over 40 countries with 13 subsidiaries in the world; over the past few years, PRECIA MOLEN has driven its international development to tap into the Asia-Pacific region, where there is high potential for our products, with the creation of a representative office in Kuala Lumpur (Malaysia) and of a subsidiary in Australia. PRECIA MOLEN has now over 850 employees, 180 of whom located in Ardèche, i.e. a staff increase of 36% in 5 years.